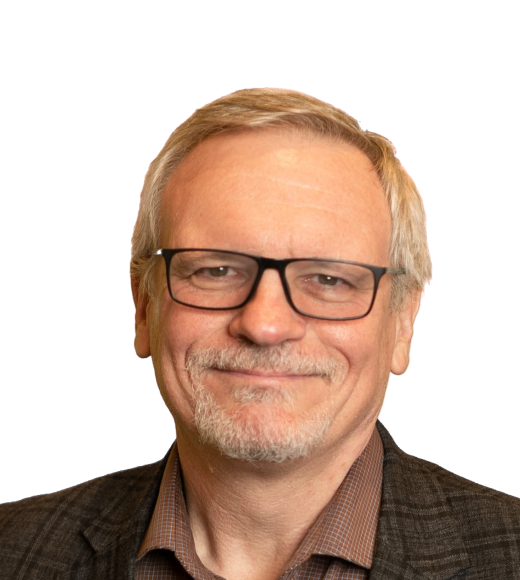 Lewis Fulton has worked internationally in the field of transport/energy/environment analysis and policy development for over 20 years. He is Co-Director of the STEPS Program within the Institute of Transportation Studies at the University of California, Davis. There he helps lead a range of research activities around new vehicle technologies and new fuels, and how these can gain rapid acceptance in the market.

From 2007-2012 he was a Senior Transport Specialist with the International Energy Agency, Paris, as well as Division Head for Energy Technology Policy during 2011-2012. He returned to the IEA in 2007 after working there originally from 1999-2005. During 2006-2007 he worked in Kenya with the UN Environment Program, developing and implementing GEF-funded sustainable transport projects around the world. During the 1990s he also worked at the US Department of Energy for 4 years, and taught at the Independent University of Bangladesh and the University of Maryland.

Fulton, an expert in transportation energy policy and global energy transition modeling, has just moved to Davis from Paris, where he led the transport technology team of the International Energy Agency (IEA), and spent the past year as head of the Energy Technology Policy Division. Fulton enjoyed an unusually long research career at the renowned global energy think tank, serving multiple five-year terms (1999-2005 and 2007-2012), and helping to publish numerous major reports, such as the Energy Technology Perspectives series.

His time at the IEA was interspersed with two years (2005-2006) working in Kenya with the United Nations Environment Program. Fulton previously worked for the U.S. Department of Energy and at the Independent University in Bangladesh in the early to mid-1990s. He received his Ph.D. in Energy Management and Environmental Policy from the University of Pennsylvania in 1994.

Having lived overseas for the better part of two decades, mostly in Paris, Fulton acknowledges the move to Davis has required a few cultural adjustments, like dining before 8 p.m. and shifting from Metro rides to biking for most trips. He’s also adjusting to the weather.

Fulton takes these changes in stride since his work fulfills more pressing needs.

“I’m a futurist and I like to think globally. I’m interested in the changes we need to make to our transport systems in order to meet our goals. We’re almost out of time to meet certain targets in 2050 – for example, limiting the increase in global temperatures to only 2 degrees Celsius.  And there are still many unanswered questions.”

NextSTEPS, which is dedicated to examining the pathways and transitions to a sustainable transportation energy future, is a perfect fit. As co-director, he will focus on strengthening the program’s international reach.

“At IEA we’ve been building up the Mobility Model, a globally consistent analytical framework for keeping track of transport trends and progress around the world,” he notes. “I hope we can make good use of it here in NextSTEPS, as well.”

Likewise, he adds, some of the ITS-Davis modeling techniques might be applicable at a broader level. “I want to scale up the higher resolution, greater precision modeling work being done here to examine things globally.”

Fulton has been a leader in the Global Fuel Economy Initiative, whose objective is to promote further research, discussion and action to improve fuel economy worldwide. A consortium of research agencies and nongovernmental organizations, GFEI has recently helped Australia, India, and Mexico develop their own fuel economy policy frameworks. The GFEI has invited ITS-Davis to become its sixth partner, recognizing that the institute can bring to GFEI additional technical and analytical support and the potential for even more international collaborations and policy support for governments.

“We have the tools and the experience thinking through these thorny problems. We might want to partner with experts in other countries to bring to these countries our knowledge and experience in how to solve these global transport energy problems we face together.”

Fulton says he was drawn to ITS-Davis by its comprehensive and forward-looking approach to solving the world’s transportation challenges.

“The institute’s work is highly respected and very cutting edge,” Fulton says. “The group here is very influential – nationally and internationally – and that of course is very appealing to me as an energy researcher.”

He also was enticed by California’s leadership in transportation and energy policy.

“No other state gets the same attention globally. When I go to conferences around the world, often there’s a representative from a California agency or university because people want to hear what’s happening here.”

Finally, he says he was drawn to ITS-Davis by its people. He has developed strong relationships with the faculty and has enjoyed working with ITS-Davis graduate students who interned at IEA. Fulton and ITS-Davis Director Dan Sperling first collaborated when Sperling spent a year on sabbatical in Paris at the Organization for Economic Cooperation and Development (OECD) in 2000. Sperling is delighted to have finally lured Fulton to Davis.

“Lew’s unparalleled knowledge and expertise in so many aspects of global transportation, and his engagement with many international research initiatives, will help ITS-Davis broaden its reach and play an even greater role in global efforts to make transportation more sustainable.”